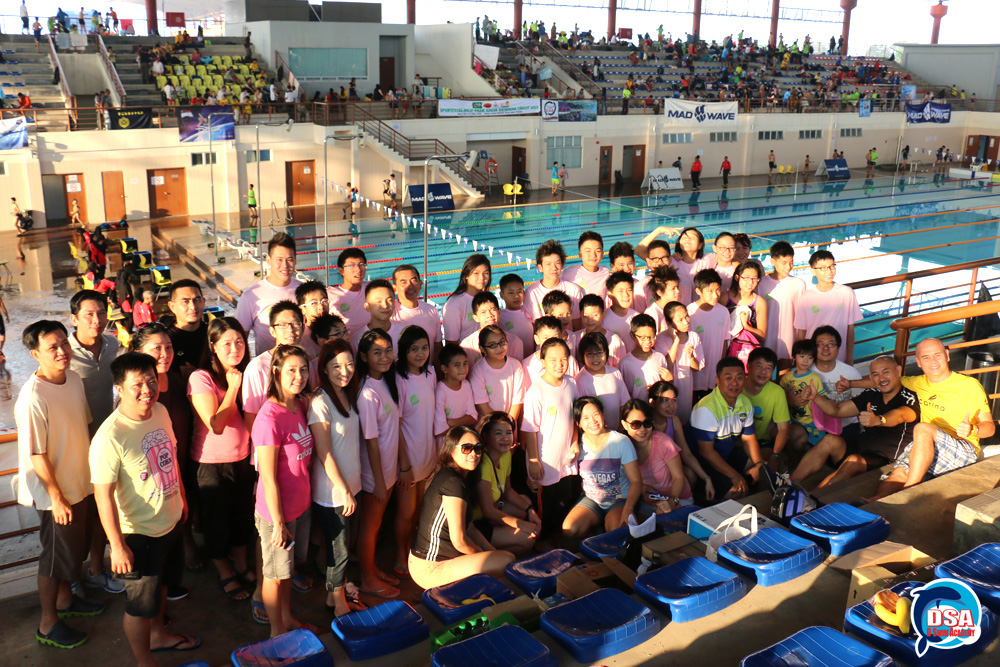 The first leg of the SPORTEXCEL/MILO/NSC/ASUM Junior Swimming Circuit was held at Hang Jebat Aquatic Stadium, Melaka. Being the first outstation Meet this year, anticipation was high and the excitement of two days of competition was brimming. The venue also proved to be a great location, being a fully covered pool, the participants and spectators were protected from the heat during the first day and also the thundering, heavy showers on the second day. Most of the DSA Swim Club arrived at the location on the previous day, and were at the venue on Friday 8th evening for a bit of training and getting a feel of the pool.

Saturday started very early as with all Meets, with DSA coaches prepping up the team before the sun was up. Swimmers were testing out their turns and starts as competition was high with the Meet drawing as many as 37 clubs from all over Malaysia.

DSA Swim Club opened their medal tally with Georgene Wee winning the first GOLD for 100m breaststroke on day one followed by Sean Goh bringing in the next GOLD for his pet event, 100m breaststroke. Georgene also won a Silver for 50m breaststroke. Chong Kar Hian won 2 Silvers, in the 100m and 50m freestyle. Koh Tech Chen, another promising swimmer won another silver for his favourite event, 100m butterfly and a bronze for 50m butterfly. Other medal winners included Wesley Kam, Darren Lew and Lee Jia Jing, who each won a bronze medal in their events.

At the end of the two days of competition DSA Swim Club won a total of 10 medals and an astounding 1235.5 points placing themselves in the overall 4th position as compared to last year, where DSA Swim Club stood 7th overall with 485 points. A big round of appreciation goes to the parents and families of all the swimmers who made time not just to be in Melaka for the Meet, but every night for the training and constant support. A big thank you also to the DSA coaches for their ever present dedication and guidance to all the swimmers in bringing out their talents. It will be back to training and preparation now for the next month and the 2nd leg of the Swimming Circuit. Big cheers to all for a grand performance and all the best for the next leg of the Circuit.